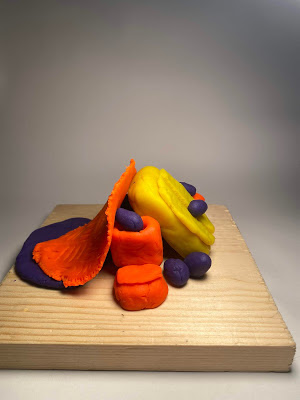 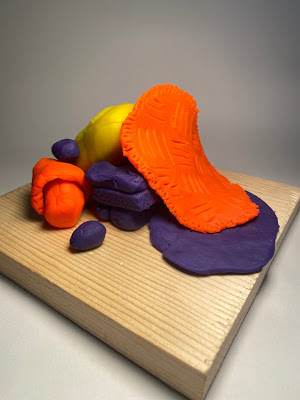 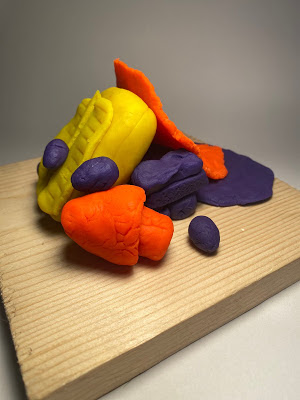 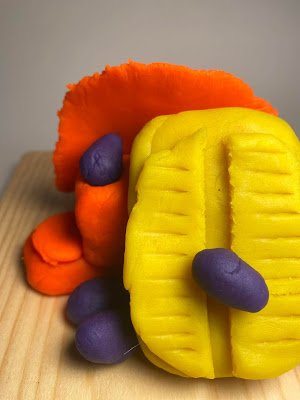 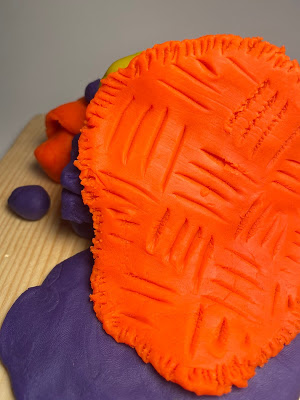 This environment is inspired by the movie "Room." In this movie, a women was kidnapped and held captive for seven years. Her 5-year-old son was born during captivity. Since the movie is from the child's perspective, I made the environment representative of the child's point of view. Each sculpture is representational of the things the child knows: the bed where his mother sleeps, the lamp that he says good morning to, the wardrobe that his mother hides him in when the man who holds them captive comes in the room, the eggs that the child uses as toys after eating, and the rug that holds a lot of significance in the movie. The items are purposefully simple to represent how little the boy knows about the world outside of the shed. All of the sculptures are toppled on top of each other in tight quarters, which is representational of how they have lived their lives. The objects are placed in this way to emphasize not only the tight quarters but also to show how the mother and son feel while held in captivity. The wood block on the bottom represents the area of space they have to live in their shed. The lack of walls in this diorama represents the hope of getting out eventually. The rug has the pattern of the ceiling that they wake up looking at every morning and the rug is on top of everything because it ends up being what helps the boy eventually escape. The filtered photos are in black and white to show how depressed they were while in captivity and how the mother continued to feel this way after they escaped.

Posted by Laura Mongiovi at 3:05 PM